Why Are We Becoming More Allergic?

Why Are We Becoming More Allergic?

Each tragedy is heart-breaking.

15 year-old Natasha who collapsed and died on a flight from London to Nice after eating a baguette containing sesame. Her Dad used 2 EpiPen’s while a doctor on board the plane performed CPR in an attempt to resuscitate her. She was going on holiday with her best friend.

9-year-old Ella who died from asthma exacerbated by consistently high pollution in the area of London where she lived. She endured 3 years of seizures and 27 hospital admissions before her death from an asthma attack in 2013. Ella lived near one of the capital’s busiest roads and a 2018 report concluded it was likely that unlawful levels of pollution contributed to her fatal asthma attack.

21 year-old Rachel who died after eating an egg roll-that unknown to her-contained peanuts. Rachel was a molecular genetics student at university. She loved to dance.

16 year-old Joe who died from allergic asthma after visiting a park where the pollen count was unusually high. He had spent that day with his Mum, shopping for a suit for his school prom.

One highly unusual case, and may in fact be the first of its kind, occurred when 13-year-old Karanbir, with a known dairy allergy, died from anaphylaxis after cheese was thrown at him at school. At his inquest the consultant paediatrician told the court that he had never come across such an exposure to an allergen resulting in death. Anaphylaxis brought about by skin contact is almost unheard of. Karanbir was unconscious within 10 minutes of contact with the cheese. The expert paediatrician explained that there may have been other factors in play – the fact that Karanbir also had asthma and severe eczema, for instance, and that the pollen count that day was high. Karan was described as “so bright he could have been anything he wanted.” 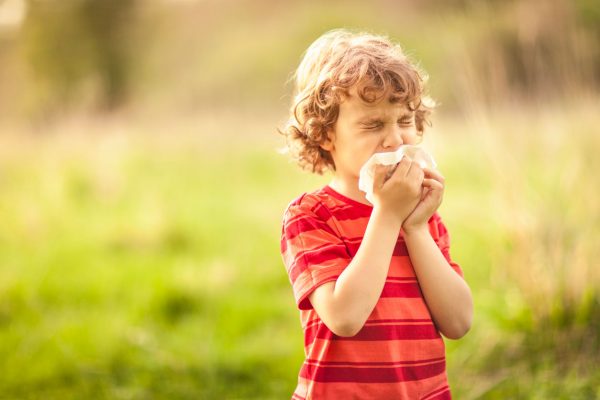 Something is happening and its not just that these terrible incidences are being reported more, that we are more aware, or even that we are better at diagnosing them. There is no doubt that we are more allergic now than ever before and this rise has been particularly noticeable in the West. For example, there was a five-fold increase in peanut allergies in the UK between 1995 and 2016. And now 7% of children in the UK have food allergies. Research shows that food allergies in children have increased approximately 50 percent between 1997 and 2011, now affecting 1 in 13 children in the United States. This means that roughly two students in every classroom have food allergies! This figure is even higher in Australia. We don’t know why but it is Australia that has the highest rate of confirmed food allergy. One study found 9% of Australian one-year-olds had an egg allergy, while 3% were allergic to peanuts.

Similarly, asthma and allergic rhinitis prevalence began increasing in many developing countries in the late 1980s to early 1990s.The incidence of asthma more than doubled between 1980 and 1996 and now nearly 1 in 10 children have asthma. Allergic asthma, the most common type, affects one in six people with asthma in the U.S. Allergic asthma is triggered by allergens like dust, pet dander, pollen. In some people, skin or food allergies can cause asthma symptoms and is also termed allergic asthma or allergy-induced asthma.

So we have to ask the question, why?

There are a number of hypotheses and none of them provide a concrete answer. It may be that there are a multiple factors at play. Here are some of the common theories

This theory suggests that our living conditions in recent times have become too clean, that we have over-sanitized our homes, and therefore our children, and so we aren’t being exposed to the necessary germs to train our immune systems. The resulting scenario is that our immune systems can’t tell the difference between harmless and harmful irritants.

This is supported by studies carried out on children living on farms showing that they develop less allergies. The theory is that farm animals increase exposure to germs and germ components called endotoxins and these endotoxins then influence the immune response in a positive way, reducing the overall activity of the immune system.

However the hygiene hypothesis fails to answer a lot of questions. How is it that children living in Latin America, with very poor hygiene, have higher allergy rates than children in western Europe? Inner city children in Chicago and New York, again living in unhygienic environments have particularly high rates of asthma.

The last five years were the warmest years ever recorded and climatologists say that this is a trend that will continue. The warmer climate extends the growing season for plants and thus leads to increased pollen, especially pollen from ragweed. In North America, seasonal allergies begin with tree pollen in the spring, followed by weeds and grass in the summer and culminating with ragweed in late summer into early fall. The changing temperature also means that plants that would not have grown in temperate climates previously, like tropical plants, can now do so and these are also contributing to rising pollen and extended pollen seasons.

Pollen is an allergy trigger for 1 in 5 Americans. Just 50 pollen grains per cubic metre of air is enough to trigger hay fever and one ragweed plant can release 2.5 billion pollen grains a day! And the faster the climate changes, the worse it gets. That’s why residents of Alaska, which is warming twice as fast as the global average, now face especially high allergy risks.

At around the same time as asthma and allergies were increasing so was our use of antibiotics. The observation of this parallel led to much research and many studies were carried out to investigate any link.

Use of antibiotics early in life changes the normal bacteria that colonize our guts- cleansing our guts-if you like. Our immune systems are left with no work to do and then become confused when exposed to harmless irritants, attacking them in an out-of-control manner. A similar process may take place with over use of acid-reducing stomach medication. Other research is ongoing into the common use of acetaminophen (Tylenol) in children and what effect this might have.

Air pollution from car emissions, smoke, industrial processes etc can increase sensitivity to pollen, pet dander and fungal spores. So those individuals whose asthma is usually triggered by these common factors will be more effected in a polluted environment.

The higher carbon dioxide levels of our polluted environment are linked with longer pollen production seasons making this a double edged sword.

My children certainly spend more time indoors than I did when I was growing up and, in fact, these days newborn babies are prescribed vitamin D drops when leaving hospital simply because they are not getting enough sunlight. We know that vitamin D is essential for lung development and the development of the immune system, so some experts believe this deficiency may be linked with rising rates of asthma. This theory fits with lower asthma and allergy rates in developing countries and in rural areas where children spend more time outdoors.

There is no doubt that in vast areas of the world our lifestyles have dramatically changed in the course of a couple of generations. Obesity, epidemic in some areas, is associated with increased inflammation in the body. Our sedentary lifestyles may reduce lung strength. These factors may not be the sole cause of rising asthma and allergy rates but are likely to be contributors.

All these theories make sense in some ways, but the truth is we really don’t know why we are becoming more allergic. It does seem that environmental factors are more likely than genetic factors as the rise occurred so rapidly. The importance of environmental factors is made clear by the fact that migrants have more asthma and allergies in their adopted countries compared to their country of origin.

It seems likely that there is something about westernization of society that influences our immune system – or more likely there are many things. It could be a combination of all the theories I have described, and more. I haven’t even touched on what could be happening in utero- foods we eat when we are pregnant, things we do, places we visit, the air we breathe? Who knows.

For the moment we have to deal we the facts. We are becoming more allergic. There are more deaths from food allergies than ever before. Each day, ten Americans die from asthma. The everyday anxieties for families and individuals with asthma and allergies can be overwhelming. When a trace amount of peanut has the potential to threaten your life or your child’s life, the burden of that fear must weigh very heavily. It’s never been more relevant to be aware of food ingredients, asthma and allergy triggers and the importance of our environment.

Allergies are on the rise, and here are three reasons why, CNBC, Click here

It’s not your imagination. Allergy season gets worse every year. Vox, Click here

Does Being Too Clean Cause Allergies?