The Problem of Dust And Microbes On Spacecraft

The Problem of Dust And Microbes On Spacecraft

Space Dust – But Not As You Know It 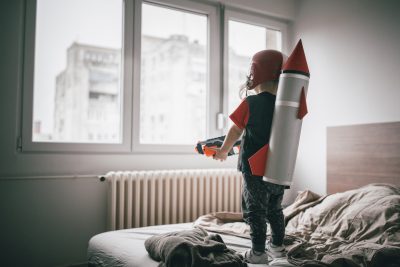 Do you suffer from allergies? Have you had times when you want to pluck your eyes out and throw them in the nearest bin rather than have to stand another second of the infernal itch? How about when your skin is on fire and it is preferable to repeatedly dig your fingers in and draw blood rather than tolerate the torturous itch? I have certainly had times when I wished that I lived anywhere – ANYWHERE – where there are no dust mites, pollen or pet dander. I have heard my similarly afflicted 12-year-old beg that we move to outer space so that she can escape her asthma triggers.

Well, I haven’t broken the news to her yet, but even in outer space, she isn’t safe. On the International Space Station, 250 miles from Earth, there are astronauts struggling with the same issues. In fact, it turns out that living in space may even be worse for her allergies. Believe it or not, she would be wiser to move to the Antarctic to best avoid her triggers.

I have always imagined space stations as pretty sterile places – all those gleaming clean surfaces with no dirt to be tracked in from outside. But part of an astronauts duties are actually to maintain a high standard of cleanliness and to regularly clean down surfaces because, of course space stations, when you think about it, could be deadly places for astronauts, who are far from hospitals and doctors and all things medical.

In space stations, air and water are recycled, there is no gravity, they are closed spaces, dust and microorganisms have gained access with the astronauts and if the conditions are right, these factors can combine to create a nightmare situation ripe for the creation of one very sick ship.

In some ways space stations are just like home. Dust is produced just like anywhere else. The difference is the lack of gravity. I never appreciated the easy job I have when vacuuming as, thanks to gravity, dust and any small particles conveniently settle on the ground and on surfaces. Not so in space. The dust floats and, although space ships are fitted with filters, not all of it is trapped, so it floats freely around and is readily inhaled, enters eyes and irritates noses.

Compounding this problem is the unusual way our immune systems behave in space. Research has shown that cell activity changes in space, especially when on long missions. This, combined with the effects of weightlessness and the psychological pressure of space travel may explain why some astronauts experience increased allergy symptoms and persistent rashes. 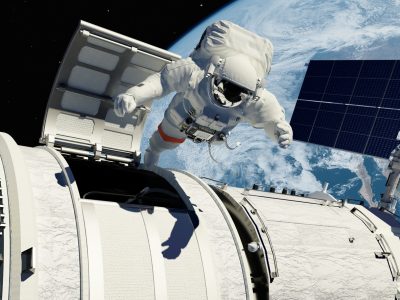 The change in immunity also means astronauts are more vulnerable to infections. It really would be ideal if space stations were actually sterile, but this is far from reality. Analysis of contents of the air filter and vacuum bags from the International Space Station revealed that there are microorganisms from human skin present throughout the station. On one wall where exercise clothes were habitually hung to dry, there was a nasty fungal contamination. Astronauts live in close contact with one another so infections are easily transmitted – think kindergarten – and within days they all share the same microflora.

On the Russian space station, Mir, cosmonauts were horrified to find a basketball sized globule of dirty water filled with harmful microorganisms hidden behind a service panel. It turned out not to be the only one. And on further inspection, bacteria, dust mite, fungi and protozoa were all discovered living in close quarters with the cosmonauts – even on their space suits. The Mir had experienced power outages on its 15 years of travels, leading to poor air circulation and a rise in temperature and humidity which allowed the growth of such species.

It’s not just humans that could suffer due to these tiny microbes, they can be surprisingly destructive to the actual structure of the spacecraft. Biodegradation or biodeterioration is a phenomenon where materials or buildings are damaged by microbes and it is known to be happening, for instance, to the Taj Mahal, The Tower of Pisa and Milan Cathedral. I’m sure it’s far from reassuring to an astronaut that this phenomenon can happen to a spacecraft too. Microorganisms can attack carbon steel and stainless steel by corrosion. Acids produced can etch glass, pit metal, make rubber brittle and produce toxins into the environment. Theoretically these processes can cause electrical and mechanical failure. And on a spaceship every theoretically failure must be taken seriously. 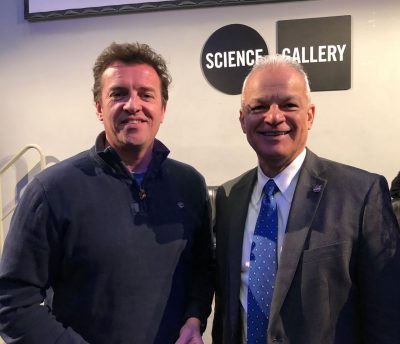 In a recent conversation with Dr. John McKeon, CEO of Allergy Standards and Entrepreneur-in- Residence in Trinity College Dublin, NASA Chief Technologist Dr. Douglas Terrier admitted that dust and allergies on spaceships are a real challenge. To combat these problems efforts are being made to develop portable devices that can easily identify and monitor particulate matter and microorganisms so that targeted filtration systems and disinfectants can be used onboard without having to wait for samples to be tested back on Earth.

So if us allergy sufferers can’t get relief in space, where can we go to escape? Well, the Antarctic apparently could provide the respite we need. It is the coldest continent in the world with the lowest temperature ever recorded on Earth of -89.2C. Dust mites, the most common triggers of asthma and allergies, are found on every continent except for this truly inhospitable place.  (Though interestingly, its relative, the mite Maudheimia can survive there as it produces an antifreeze agent to prevent its body fluids from freezing.) The Antarctic is also entirely free of another common allergy trigger – cats.

Having said that, I’m not sure my daughter would be quite as enamoured with a trip to the Antarctic as she would a trip to space. She’s always been more awestruck by Neil Armstrong than Roald Amundsen. But when she is struggling to inhale through her wheezy windpipes and feels like peeling her skin off, any port in a storm will do!

Click here to read more about the Dublin Science Gallery

The Dust Never Settles on the Space Station, Click here