Announcement of the Amber Tringale Memorial Award in MIT

Announcement of the Amber Tringale Memorial Award in MIT

The leadership team of the asthma & allergy friendly® Certification Program, a joint venture between Allergy Standards Limited (ASL) and the Asthma and Allergy Foundation of America (AAFA), announced today they will be creating the inaugural Amber Tringale Memorial Award. 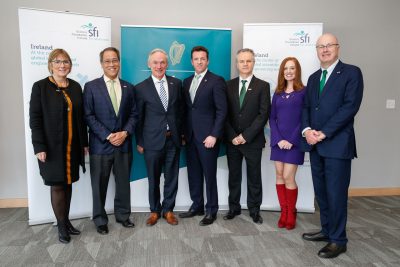 This Award is named in memory of Amber Tringale who lost her life to asthma. Amber lived most of her life with moderate asthma and died very unexpectedly of a severe asthma attack in 2018. She was 48 years old when she passed away, leaving behind her husband as well as five children aged between 12 and 21.

Amber’s brother Mike Tringale was a former AAFA executive who with ASL was instrumental in setting up the Certification Program in the USA.

Mike said, “We were devastated to lose Amber to an acute asthma attack and hope this travel award will ultimately support research so patients and families in the future have more information, treatments and resources to overcome asthma.”

The Amber Tringale Award of $10,000 will support an Irish or US health care professional for transatlantic travel to present scientific data at a top level scientific meeting that has specific focus on education and prevention around acute exacerbation of an asthma attack and emergency room management. The Award will also include one year’s membership in the American Academy of Asthma, Allergy and Immunology (AAAAI) as well as the European Academy of Allergy and Clinical Immunology (EAACI).

The Certification Program Team announced the launch of this Award on the occasion of the presentation of 2019 St. Patrick’s Day Science Medals at the Massachusetts Institute of Technology (MIT) in Cambridge MA, by Director General of Science Foundation Ireland and Chief Scientific Adviser to the Government of Ireland, Professor Mark Ferguson. The Medals were presented by Ireland’s Minister for Communications, Climate Action and Environment, Richard Bruton TD and Prof Mark Ferguson to Mr Michael Mahoney, CEO and President of Boston Scientific and Prof Eamonn Quigley, Chief of Gastroenterology and Hepatology at Houston Methodist Hospital and Weill Cornell Medical College. As guests of Science Foundation Ireland and Enterprise Ireland, ASL and AAFA also attended a Global Ireland Lunch hosted by the Consul General of Ireland, Fionnuala Quinlan.

“The Certification Program’s mission is based in science and education for illness prevention. This research award will highlight these key areas of overall asthma management,” said Dr. John McKeon, ASL’s Chief Executive Officer.  “We are delighted that the announcement of our award today coincides with the presentation of the other prestigious awards.”

Kenneth Mendez, Chief Executive Officer of AAFA said “Over 3,000 people die each year from asthma and Amber’s death was particularly devastating as it reached deep into our AAFA family.  We hope that this award in Amber’s memory, will magnify the impact of our work—its importance and urgency.”

Prof. Ferguson said “Today’s event is all about the strong connection and scientific excellence between Ireland and the USA. This travel bursary is another example of how closely our two scientific communities can work together, to produce research and opportunities that can positively impact society and the lives of many.”

Click here for more information on the Bursary and apply.